Spike in the Gold Price 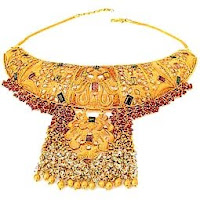 In India it is the wedding season and love is in the air. From now until the end of December gold will be the dowry, savings and investment of choice. Could this be what is causing the spike in the gold price? Yes according to some analysts.

But there is likely to be much more to it than that. Yes India and China are the biggest buyers of gold in the world and as the standard of living for many increases, especially in China, this buying frenzy will only continue.

Gold has always been the traditional metal for security in Asia. Gold dealers in Singapore are noticing more buyers in the market but fewer sellers. This is also contributing to driving the price of gold up. But is it really a spike in the gold price?

In China the growing middle class are being urged by the government to buy gold. In Indonesia the smaller gold bars are now very much favoured as a hedge against rising inflation. In Vietnam more and more business and trading is done with gold than ever before and more and more gold is being hoarded

Since the end of June the gold price has rallied 400 US dollars and demand in Asia is now outstripping supply.

So contributing to the a rising price of gold is a weak global economy, fears of recession, the Chinese policy of converting the ailing dollars they have into the safety and security of gold and not least the Wedding Season in India.

And when the wedding season is over in late December weak global economy, fears of recession, the Chinese policy of converting the ailing dollars they have into the safety and security of gold will still be there and supply will still be trying to catch up with demand, so the spike in the gold price will likely not be a spike at all but just the steady continued rise of the price of gold.
Posted by Michael Moore at 5:35 PM