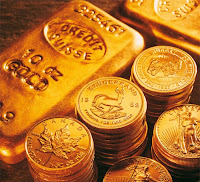 you can't eat gold
In defence of paper money it has often been said to me, 'you can't eat gold or silver.' Of course you can counter with the fact that one cannot eat money either but the truth is that such people really have no understanding of what gold and silver really are.

The idea is that during an economy breakdown where food is scarce and costs are sky high it is useless to have gold or silver as you can’t eat it (in fact silver has very high ant-bacterial properties and so can be used to store water and milk for months at a time), and so will starve.

Every currency, however, that has existed without any backing has collapsed. Paper has no value and paper currency unbacked has no value as evidenced by the continued deterioration in value. 98 percent of all currencies only exist as digital currencies residing in banks.

Historically when there is a economic breakdown or collapse the value of the paper currency deteriorates down to near zero. Wheel barrels to cart paper money to by bread and potatoes or rice become the norm. This is something that those people who cry ‘you can’t eat gold or silver' have yet to understand.

And tracking back on that cycle, how much will you have to earn in order to buy that loaf of bred or handful of rice? The short answer is a lot! It is often mentioned that in Germany during WW11 that people were carting around millions of Deutsche Marks and, only recently in Zimbabwe, billions of Zimbabwean dollars exchanged hands for basic staples such as rice and the like until the Zimbabwean dollar was effectively abandoned on 12 April 2009. Now in Zimbabwe only foreign currencies are used as a result of the Reserve Bank of Zimbabwe legalizing the use of foreign currencies for transactions in January 2009. That currency just went down the gurgler.

No you can't eat gold or silver and you cannot eat paper money either. Incidently, it would not be advisable as paper money carries heaps of bacterial and one is very likely to get sick just from the contaminants quite apart from the ink, plastic etc contained within paper money. Gold on the other hand is used in surgery and medical procedures and silver is a known ant-bacterial agent.

When it comes to a choice between the two, gold and silver is the money to use. Something more and more states and institutions as well as private investors are beginning to realise. Paper, as we know loses value and would be effectively worthless in an economic collapse. Gold on the other hand retains its value and a single ounce of gold will buy today exactly what it bought in the 1930s or anytime before or after that date.

So when someone tells you, you can't eat gold or silver, simply point out to them that if and when the time comes, with gold and silver you will be able to actually BUY something to eat with it and right now is the time to buy gold and silver while it is still cheap
Posted by Michael Moore at 1:55 AM