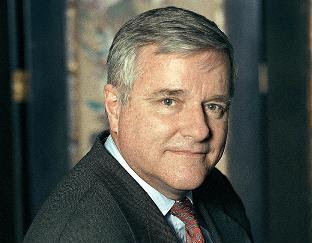 First day of the Mines and Money Sydney Conference, October 2011, kicked off with Doug Casey, Chairman of Casey Research predicting some gloom and doom for the financial future and some emphasis on gold. From then on it was generally a more positive affair with speakers and panels answering many questions from the floor.

The conference was a rolling conference with speakers and panellists going none stop. One simply attended what ever speaker one was interested in and other times browsed among the booths. Other speakers included:

On the second day of the conference, James Turk of GoldMoney spoke about the value of using gold as money rather than fiat currency.

He succinctly pointed out with graphs and statistics how currency is deteriorating around the world while gold has continued to hold its value.

He also pointed out the importance of understand that gold is not an investment but is liquidity and rather than keep liquidity in cash, which is being devalued on a constant basis, to keep it in gold which does not devalue but retains its value as it has always done for many years.

Turning to the booths, there was a wide variety of companies represented with many sharing booths to keep their costs down. These included gold and other mining companies, both listed and non-listed. Banks, curiously some overseas stock exchanges were represented and consultancy companies were also in attendance drumming up business and showing a presence at the conference.

Just a few of the gold mining companies represented with which we spoke included:

Cortona. Is an emerging Australian gold company which is focussed on the development of its 100%-owned Majors Creek Project, located 60km east of Canberra in New South Wales

De Grey Mining Limited. Is a West Australian based public company exploring for gold and base metals over 7,172 square kilometres of prospective ground in Western Australia’s Pilbara region.

Hill End Gold. Has a combined gold resource of near 600,000oz at its Hill End and Hargraves Gold Projects in an historically gold-rich region in central New South Wales, Australia.

Invictus Gold. A spin off by Impact Minerals as a vehicle to house its Queensland gold assets. Invictus has a portfolio of five projects, all 100% owned.

Mungana Goldmines. Listed on the Australian Securities Exchange in June 2010 following a $57 million IPO to fully realise the value of the North Queensland gold assets.

Navaho Gold. Is an Australian-based exploration company focused on the discovery of world-class gold deposits in Nevada, USA and Queensland, Australia.

The delegates were kept supplied with refreshments on an ongoing basis including, for the early birds, breakfast and of course lunch was provided. The conference was well attended with over 800 delegates.

The Awards dinner on the last night was an excellent affair with several awards issued and a local TV presenter and comedian to lighten the mood.

Overall It was a very successful first Australian conference for the Mines and Money Sydney Conference, October 2011.
Posted by Michael Moore at 12:04 AM